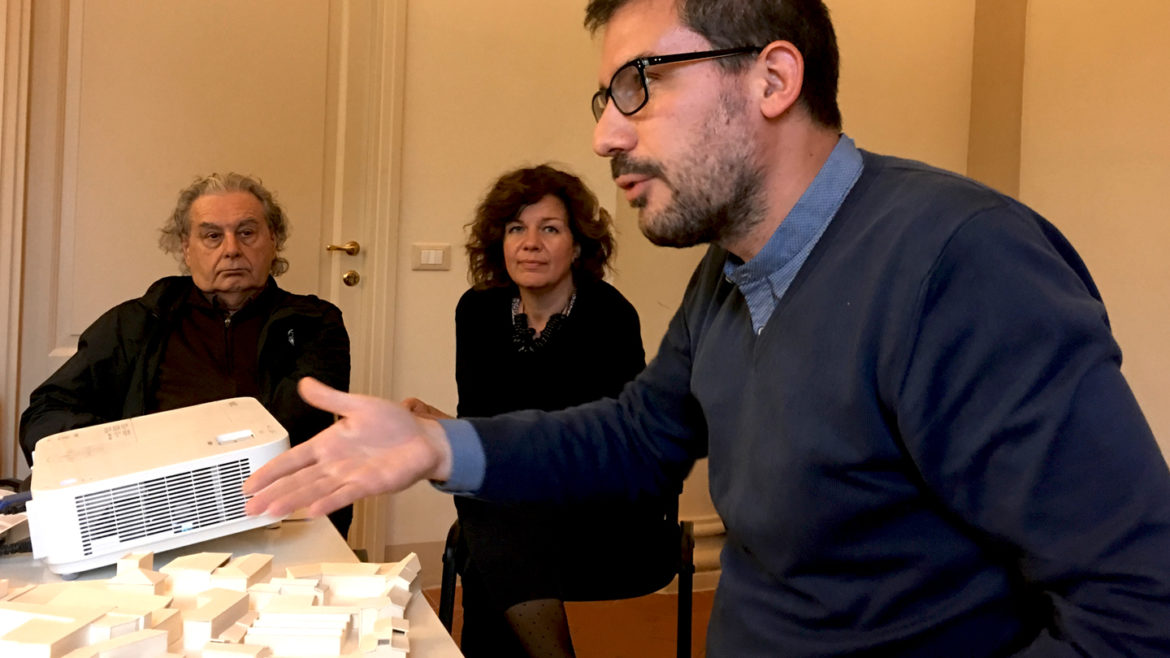 Superstudio was a group of avant-garde architects, composed of Adolfo Natalini, Cristiano Toraldo di Francia, Roberto Magris, Gian Piero Frassinelli and Alessandro Magris (with Alessandro Poli from 1970 to 1972). The group was one of the initiators of so-called “Radical Architecture” and successively involved in an attempt to develop an anthropological re-foundation of architecture. Founded in 1966 in Florence, Superstudio would soon be known for its conceptual architecture works, most notably the 1969 Continuous Monument: an Architectural Model for Total Urbanization.

Gianfranco Bombaci is one of the two partners of architecture practice 2a+p/a. The studio has been awarded in several design competitions and has presented in conferences and symposia worldwide, publishing in a variety of international books and magazines. Gianfranco has been visiting critic and has run workshops in many schools around Europe such as Syracuse University in London, Miami School of Architecture in Rome, TU in Munich.  He also promoted research through publishing initiatives such as architecture magazine “San Rocco”. Recently he founded CAMPO, a space to debate, study and celebrate architecture in Rome.