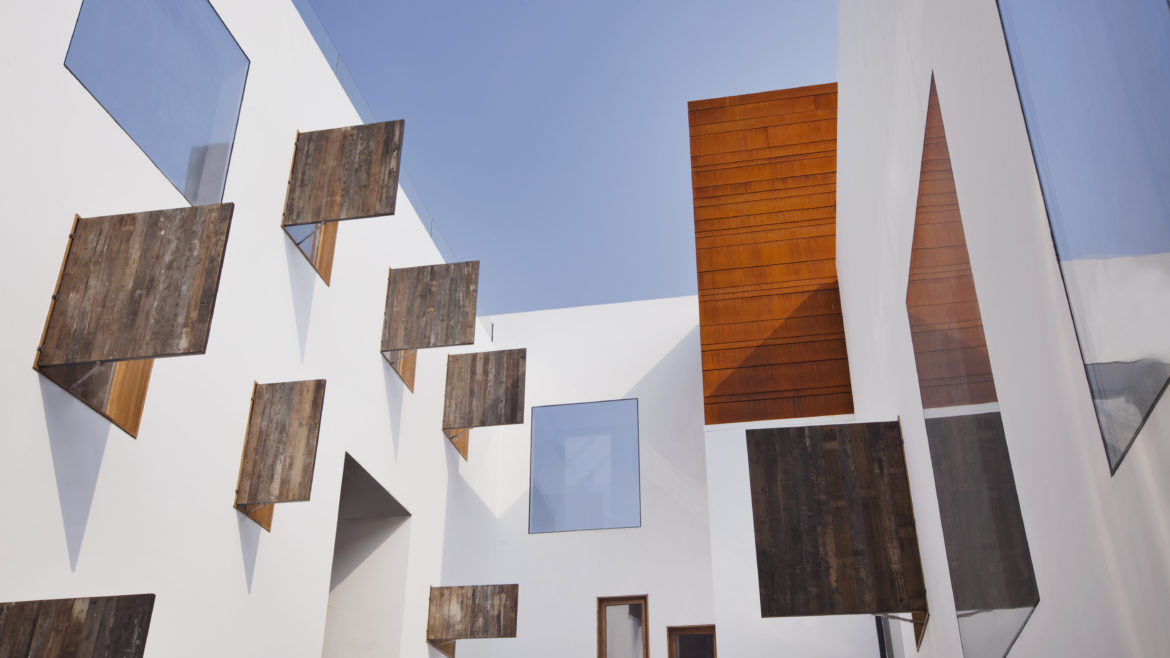 Lyndon Neri and Rossana Hu, founding partners at Neri&Hu (www.neriandhu.com), an inter-disciplinary design practice based in Shanghai, China with an additional office in London, will lecture on Tuesday April 16 at 7 pm at Palazzo Vettori. Their lecture will be introduced by prof. Paola Giaconia.

Founded in 2004 by partners Lyndon Neri and Rossana Hu, Neri&Hu works internationally providing architecture, interior, master planning, graphic, and product design services. Currently working on projects in many countries, Neri&Hu is composed of multi-cultural staff who speak over 30 different languages. The diversity of the team reinforces a core vision for the practice: to respond to a global worldview incorporating overlapping design disciplines for a new paradigm in architecture.
Neri&Hu’s location is purposeful. With Shanghai considered a new global frontier, Neri&Hu is in the center of this contemporary chaos. The city’s cultural, urban, and historic contexts function as a point of departure for the architectural explorations involved in every project. Because new sets of contemporary problems relating to buildings now extend beyond traditional architecture, the practice challenges traditional boundaries of architecture to include other complementary disciplines.
Neri&Hu believes strongly in research as a design tool, as each project bears its unique set of contextual issues. A critical probing into the specificities of program, site, function, and history is essential to the creation of rigorous design work. Based on research, Neri&Hu desires to anchor its work on the dynamic interaction of experience, detail, material, form, and light rather than conforming to a formulaic style. The ultimate significance behind each project comes from how the built forms create meaning through their physical representations.
Neri&Hu has been featured widely by the press around the world and its designs have been recognized by a number of prestigious international design awards. Neri&Hu is named Maison&Objet Asia Designers of The Year 2015. UK Wallpaper* announced the founding partners Lyndon Neri and Rossana Hu as 2014 Designers of The Year. They were inducted into U.S. Interior Design Hall of Fame in 2013.
www.neriandhu.com