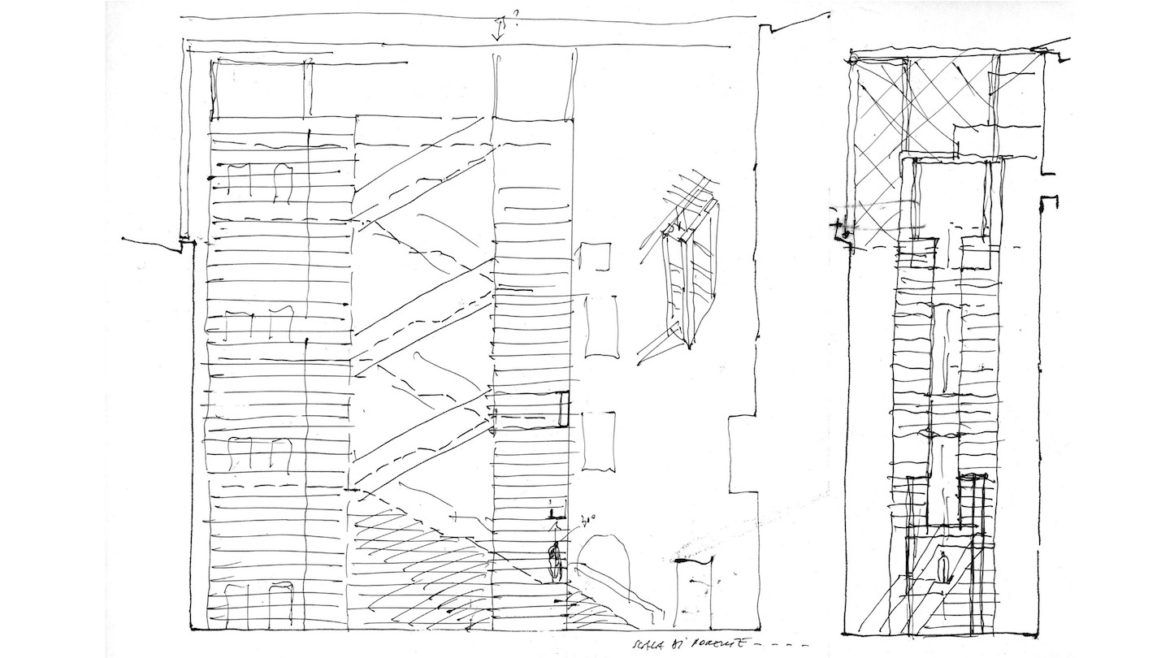 Adolfo Natalini will lecture on Tuesday January 29 at Palazzo Vettori. Marco Brizzi will introduce him.

Adolfo Natalini is an Italian architect, author and designer, who was born in Pistoia, in 1941. After his experience as a painter, Natalini graduated in architecture in Florence in 1966 and founded Superstudio (with Cristiano Toraldo di Francia, Gian Piero Frassinelli, Roberto and Alessandro Magris and Alessandro Poli). The group was the initiator of the so-called Radical Architecture, one of the most important avant-garde movements of the 1960s and 1970s.

Superstudio projects appeared in publications and international exhibitions and works are included in Museum of Modern Art in New York, the Israel Museum in Jerusalem, the Deutsches Architekturtmuseum in Frankfurt am Main, the Centre Pompidou in Paris, and the Maxxi in Rome.

In 1979, Natalini set up his own practice, focussing on projects for historical city centres in Italy and Europe, researching the traces of time on objects and places, and proposing a reconciliation between collective and personal memory.  In 1991, with Fabrizio Natalini, he opened his firm, Natalini Architetti.

In Spring 2016 the Maxxi museum in Rome presented “Superstudio: 50 Years of Superarchitettura,” featuring over 200 examples of sketches, photographs, collages and films from the group’s archives, including work last seen in “Superarchitettura I,” the historic 1966 exhibition they held in Pistoia, Italy, in conjunction with Archizoom, another collective from Florence.