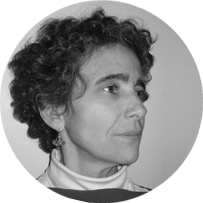 A native of Berkeley, California, Maia Wellington Gahtan received her B. A. in both History of Art and Linguistics (1987) and her Ph.D. in Renaissance Studies from Yale University (1995).

Formerly a curator at Walters Art Museum and Program Director of the M.A. in Museum Studies at Marist-LdM Florence, her scholarly interests concentrate on the textual criticism, the history of collecting and museums, and more generally on the interplay between intellectual/cultural history, literature and the representational arts, especially of the Early Modern period.

The recipient of grants from the Fulbright Foundation, the Andrew Mellon Foundation and Villa I Tatti, she has contributed to scholarly journals, curated exhibitions, and edited a number of books, among which Vasari’s Florence; Giorgio Vasari and the Birth of the Museum; Churches, Temples, Mosques, Places of Worship or Museums?; Sacred Art and the Museum Exhibition; Museum Archetypes and Collecting in the Ancient World; Monographic Exhibitions and the History of Art; Collecting and Empires. An Historical and Global Approach; Museums of Language and the Display of Intangible Cultural Heritage, this latter relating to her co-direction of the European language project, ‘Eurotales. A Museum of the Voices of Europe’, based at Sapienza University of Rome